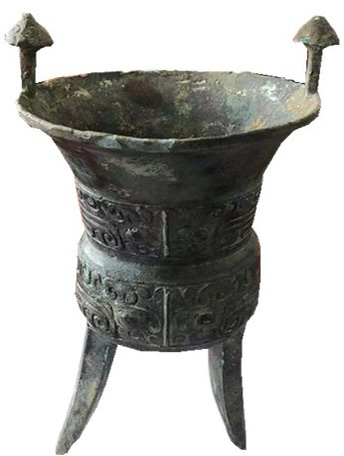 In ancient China, Jue was a kind of drinking vessel, called Jue cup. It was a symbol of Title Status in monarchical countries. Today, Jue is a three legged drinking vessel "Jue Cup". Jue cup is equivalent to today's wine cup. It is made of bronze. It was only used by the noble class in ancient times. It is very precious and has great historical research value and collection value! 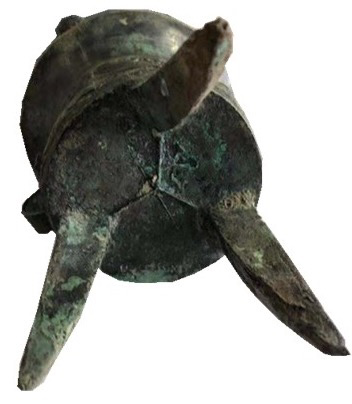 Bronze barons are ancient drinking utensils and ritual utensils, which were popular in the Xia, Shang and Zhou dynasties. They have round bellies and some are square bellies. There is a "flow" (i.e. a flow channel for pouring wine) at the front of the mouth on one side, a pointed tail at the rear, a column between the flow and the mouth, a handle on one side of the abdomen and three conical legs below. In the Xia Dynasty, Jue's carcass was light and thin, and its production was rough. It had an oval body, long and narrow flow, short tail, and no column and flat bottom between the flow openings. Generally, there were no inscriptions and patterns, and even bead patterns were occasionally seen. As a drinking device, Jue appeared as early as about 2400 BC. Tao Jue was popular in Xia and Shang Dynasties, while copper Jue was popular in Shang and Western Zhou Dynasty. After the Western Zhou Dynasty, Jue cup was rare. In the Qin and Han Dynasties, people almost didn't know what Jue was. 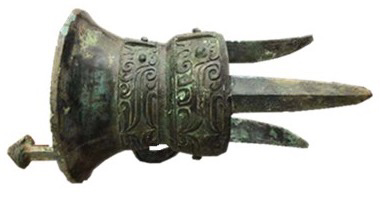