[collection introduction]: jade belt hook is also called Dragon hook. It is a hook on the belt. Because the end of the hook is often shaped like a faucet, it is also called Dragon hook. In fact, in addition to the dragon head, there are also bird heads or other animal heads. Jade belt hook began in the Warring States period. It is an ornament used on people's belt and plays the role of fastening the belt. Therefore, it is called belt hook. The belt hook is made of copper, iron, jade and other materials. It is also known as "Shibi" in ancient times. Jade is bluish white, with brown lines in some parts. The head of a beast is like the head of a dog, and the hook is raised upward. 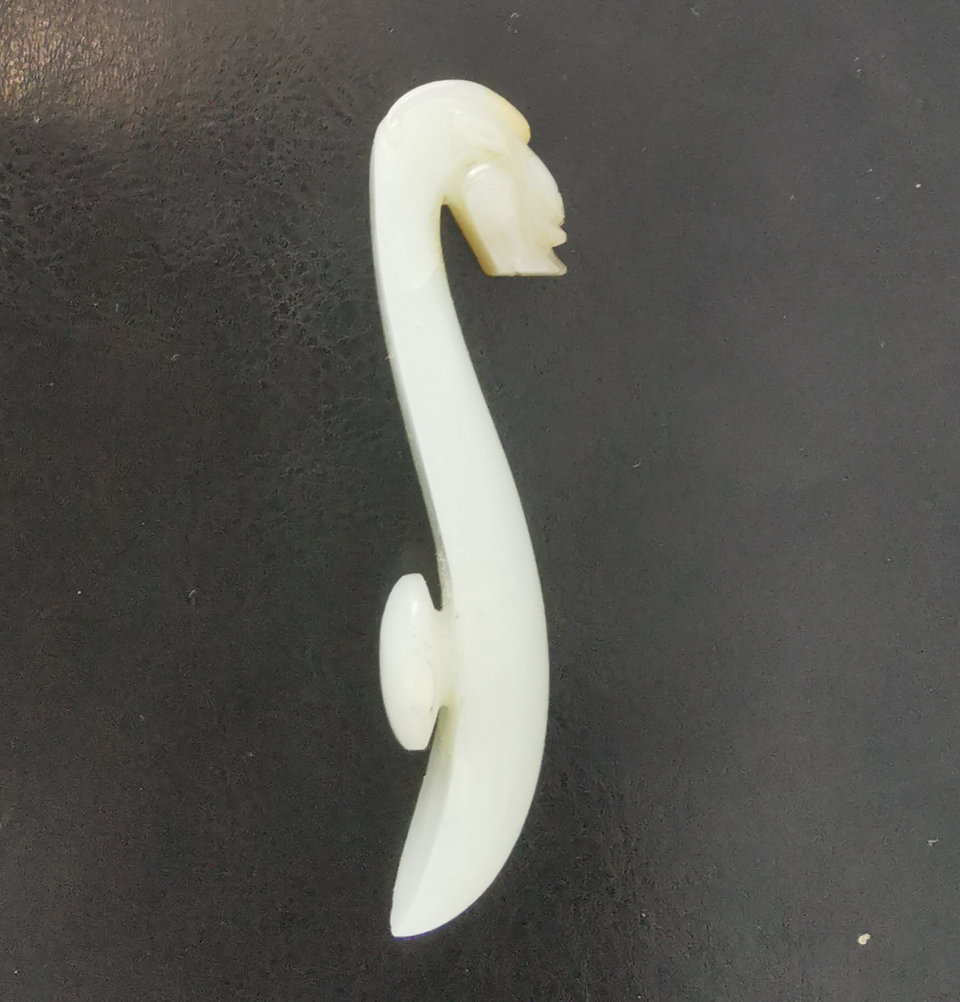 During the Ming and Qing Dynasties, jade belt hooks were popular all over the world, and there are few existing ones. The head of the beast at one end of the hook is mostly decorated with a dragon head. Some carve a small dragon on the back of the hook, which is called a dragon (there was a saying that the nine sons of the Dragon lived in one of them in ancient times). The head is held high opposite the head of the big dragon, the hair is seen, the four feet are in the air, and the two tails are in high spirits, so it is called a double dragon hook. In history, the jade dragon hook was popular in two periods: one was from the Warring States period to the Han Dynasty; Second, in the yuan, Ming and Qing Dynasties, the jade dragon hook in the Ming Dynasty was characterized by a small, flat and long dragon head, and the double horns of the dragon were not clearly displayed. The eyebrows of the dragon's head rise and turn to each other in a hook cloud pattern; Eyebrow forehead bulge, with the feeling of heavy eyebrow pressing eyes; The snout of the dragon's head shows the lips and upper and lower rows of teeth with Yin engraved lines; A pair of perforations are drilled horizontally at the dragon mouth side to show the cavity; The dragon has thick hair without temples. There are two or three strands of hair, and they are long and short. The elderly can wear a shawl. 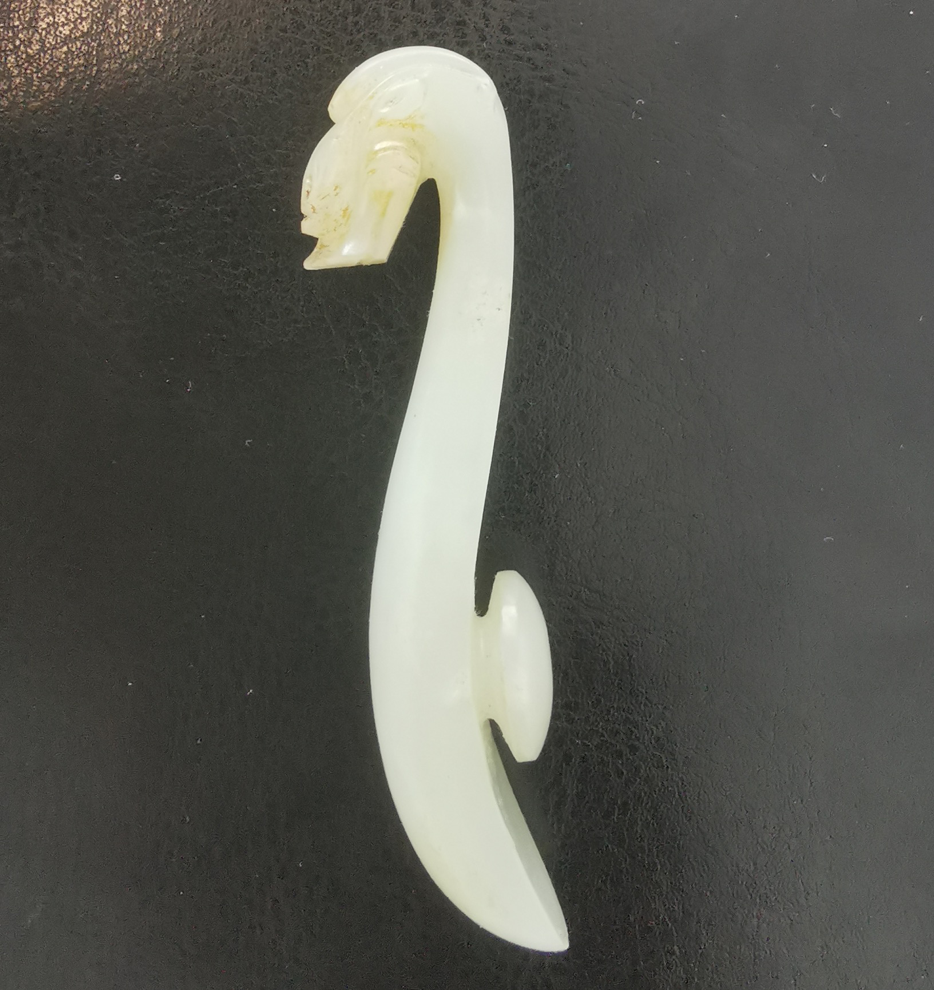 On the back of the Dragon hook, there are carved dragons, some of which are in the shape of crouching on the ground, and some of which are lifted up. Their mouth contains Ganoderma lucidum, with a square head and a single tail, but the rear of the tail is left and right    Curl separation. The body is thin, curved and smooth. It nestles and sticks to the dragon and uses the deep carving technique. The distance between the dragon head and the dragon head is large. The shape of the Dragon hook in the Yuan Dynasty is wide, like the shape of a lute. The hook button is made into a rectangular ring hole or a hammer button, and close to the tail. This collection is a jade belt hook in the Ming Dynasty. Its jade is warm and moist, and its manufacturing technology is exquisite. It is really a handed down treasure 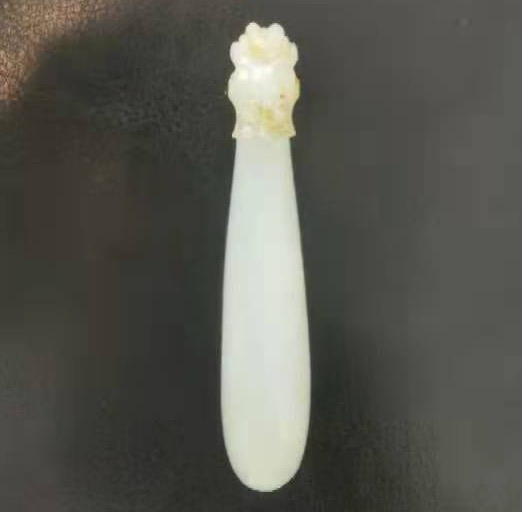